Books - Check out the latest

This Learning Guide is designed to help you with grammar, punctuation, and capitalization. It includes: 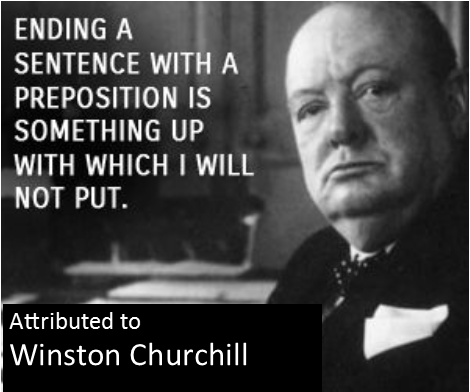 For instance, you may have heard that in correct grammar, you should not split infinitives (the basic form of a verb such as to be). A famous example is To boldly go where no man has gone before. However, this "rule" only goes back to the 19th century, when some linguists were trying to make the rules of English mimic the rules of Latin. Split infinitives in English were used for centuries before that.

This does not mean that any grammatical choice is acceptable for, say, college papers or other kinds of formal writing. The best thing to do if you want to break a grammar rule in college is to find a book that says your choice is an acceptable alternative (see the tab "Grammar Resources").

Grammar is the whole system and structure of a language or of languages in general. It includes parts of speech (nouns, verbs, etc.), syntax (how words fit together to make sentences), and morphology (the forms of words); many people use the term "grammar" loosely so that it also covers punctuation, spelling, and word choice (as in, "Will you check my paper's grammar?").

Grammar may seem very complicated, but most of it is already in your head. You may not be able to tell someone what a subordinate clause or a conjunctive adverb is, but you have internalized grammar since you first learned to talk. You use it every time you speak or write, and you mostly use it correctly.

If you really want, you can learn all the grammar rules from scratch, but most people find it more effective to concentrate on common errors and on resources you can consult when you have a question. This learning guide will concentrate on those things.